When traveling to a new place, you look at the map and it's a great mystery. It is filled with foreign sounding place names, and borders with unknown countries. Then slowly, once you're there, the map comes to life. The strange sounding pronunciations become familiar. The distance from one location to another grows or shrinks depending on the quality of the road and the geography in between. Vague impressions of a culture are clarified or dispelled, replaced with something more intimate.
It's crossed our minds to keep on going. The mysterious map of South America is only a boat ride away. Just like it was hard to imagine what it would be like to be traveling before we left, it's now hard to imagine being home.

But Portland, Oregon draws us back to our lives-- to our house, friends, family, garden, work and the Pacific Northwest woods. We're so lucky to have such a great place to come back to. Even if it's raining.

The Buses (painted, with boat horns, bus callers, bus vendors)
Rice and beans for breakfast
Having to speak Spanish
Chikyblak
Furniture that swings
Coke with real sugar
Fresh tortillas
Monkeys
Being off the map
The old men
Tropical fruit
People who like to repeat Lucas' name
Fishing for dinner
Heat
Chaos
New currencies
Latino radio
Casada
People from Holland
Moon like a smile
Dollar beer in a bottle
Learning people's stories
Unregulated modes of transport
Being out of touch with the world
Help from random strangers
Not knowing what we're in for
Spending so much time together 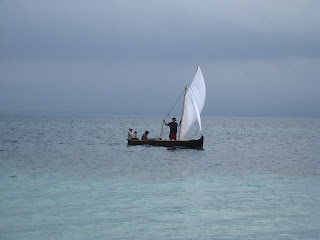 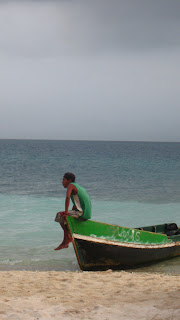 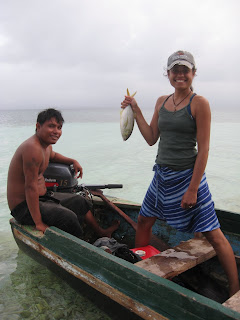 After a much more pleasant trip home, we're now back in Panama City, refreshed and a little sunburnt.
Posted by Lucas at 11:24 AM 1 comment:

A good rule of thumb for us--eat where the old men are eating. Subtle changes in the various proportions of beans, rice, eggs and plantain have marked our passage through Central America. Gone now are the beans for breakfast, and the thin tortillas ubiquitous in Guatemala have slowly morphed into thick fried cornmeal cakes. Meat and empanadas take center stage in Panama and reminds me that we're closer now to South America than North America. This is in many ways the end of the road. The jungle closes over the Pan-American highway, and all travel to Columbia goes around, by air and by sea. 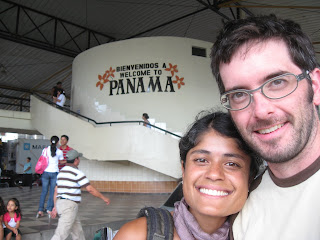 After two 7 hour bus trips with New Year's and the border in between, we've landed in Panama City. Specifically to the Casco Viejo neighborhood. I've never seen anything like this place. When the original city (Panama Viejo) was sacked by the pirate John Morgan, Panama city was rebuilt at Casco Viejo in 1694. The city was fortified with a wall and is surrounded on three sides by water. When the Panama Canal was started in 1904 all the city existed in Casco Viejo, and then expanded from there. Casco Viejo was somewhat abandoned and then bombed in 1989 by the US. This is all to say that the town now is a Mad-max like world of derelict 300 year old buildings. Trees grow out of the old wall and ruins. And what seems like a ruin may actually be occupied. A few of the buildings are restored and the contrast is striking. 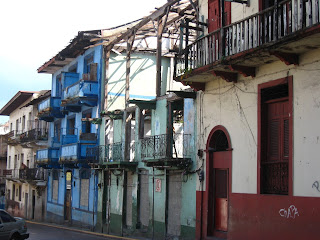 A couple in El Salvador who were sailing down the coast told us that every boat going through the Panama Canal needs 4 people to handle the lines and keep the boat steady through the locks. We learned that you can volunteer to 'line-handle' by putting your name on the message board at the old Balboa Yacht Club in Panama City. A pipe dream, maybe, but we tossed our names into the hat. Regardless of what comes through, we're headed to the indigenous owned San Blas islands for our final days of our trip.
Posted by Jina at 1:30 PM 2 comments: